A great place to visit, a better place to live!

Oberon, West of Sydney in the Central Tablelands, is the perfect hub from which to explore many country towns and historic villages along The Tablelands Way and the Central West.  We are less than three hours from Sydney (around two from Parramatta), half an hour from Bathurst, about 45 minutes from Lithgow, one hour from Katoomba, one and a half hours from Mudgee, two hours from Goulburn and three hours from Canberra.

This means you can relocate to Oberon and still be in the centre of things.

Moving to Oberon means you can enjoy all the country lifestyle has to offer - clean air, little traffic, a crisp alpine climate, a short drive or walk to work (which means less time spent commuting), friendly people, a real sense of community, a safer environment, and some of the most spectacular scenery in NSW, including Jenolan Caves and Kanangra Walls part of the Blue Mountains World Heritage area, right in your backyard.   Oberon is also home to the famous Kowmung Music Festival.

There are many opportunities for employment in Oberon.

The timber industry,  is the largest employer.

A strong engineering support base is maintained in Oberon with many additional opportunities for ancillary trades-people such as engineers, electricians and fitters and turners.

Another employer is the Oberon Correctional Centre for juvenile offenders.

Jobs are also available in the service industries, tourism, retail and the local schools.   It is estimated that tourism injects around $20m into the local community.

When comparing residential real estate prices with those in Sydney, property in Oberon is very affordable. This presents first homebuyers with an amazing opportunity to get more for their money and those owning their own home in the city opportunities to upgrade and still have money left over.

Elevation:
Oberon is located on a plateau with elevations from 300 to 1,300 metres.

In Bathurst (35 minutes by bus)

We have a Community Hospital, a strong medical centre and Council Care Car.  Specialist medical services are available in nearby Bathurst.

Oberon has a beautiful golf course, hockey, and netball fields, an indoor tennis centre, equestrian facilities and a heated swimming pool. Other popular sports include rugby union and rugby league, sailing, motorcycling and soccer. The Oberon Tarana Heritage Railway Inc., a group of rail enthusiasts, have restored the Oberon pioneer railway line so it can be used as a walking and cycling track. The 20km cycling./walking loop connecting Hazelgrove Station through Blenheim Forest and back to Oberon via Hazelgrove Road.

The timber industry processes around one million tonnes of renewable plantation pine each year and so is a major industry in New South Wales and the largest employer in Oberon servicing other support industries such as engineering and trucking.

Oberon is renowned for its beef and lamb production and has a strong farming history.

The newest industry in the area is tourism, which injects over 20 million dollars a year into the economy and is growing at around 5-10% per year.

Oberon enjoys regular live music at its four hotels (two in local villages of O’Connell and Tarana) and two clubs. There are also a number of restaurants and cafes, and the town has a strong food and wine group and a local arts council.

Excellent volunteer opportunities exist through a number of community groups and service clubs including ROTARY, LIONS and APEX. Oberon also has an active Community Technology Centre, Information Centre and Library. 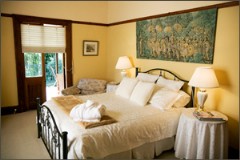 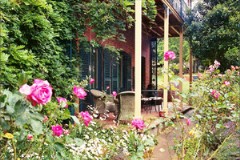