Evans Crown is located 3km south East of the village of Tarana. Access is from Honeysuckle Falls Road off the Lithgow, Tarana, Sodwalls Road. There is an information board at the start of the walking track.

The reserve comprises 425 hectares with spectacular granite formations. The summit at Crown Rock is 1104 metres above sea level. Evans Crown is a nature reserve because of its outstanding geomorphology, but it also conserves a range of native fauna. As a nature reserve the plants and animals are regarded as the most important aspect. This means that recreational uses are only permitted if they don’t compromise the area’s vast natural resources. 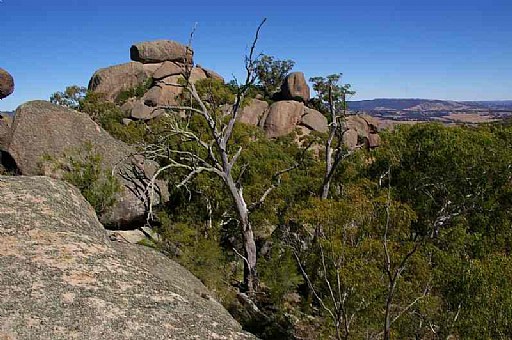 WHY IS IT CALLED EVANS CROWN?

“My course is down to the Riverlett (Fish River); it appears to lead me north if west. On the north side of it at this place is a remarkable sugar loaf Hill having a stone peak of it, which I named after myself. I am more pleased with this country every day; it is a great extent of grazing land … and well watered by running streams in almost every valley.”

The spectacular formations of lichen encrusted granite boulders are a feature of Evans Crown.

As you walk through the reserve, the boulders surround you, tower over you and accompany you. Visitors to the site cannot help but feel a presence – that the boulders are perhaps ancient sentinels.

To the Waradjuri Aboriginal people it was a special place of initiations and coroboree and it continues to hold high significance.

WHAT ARE GRANITE TORS?

The granite boulders that litter Evans Crown are known as tors. They begin their life as molten rock, which cools underground. Over a long time movement and faulting cause cracks to form in the rock and water seeps in. The water weathers the sides of the rock taking off the sharper edges and making the blocks rounder.

Much of this weathering takes place underground, then wind and water erode the landscape eventually exposing the boulders. As the surrounding soil disappears, the tors are left behind looking like marbles and building blocks left by giants.

The weathering process speeds up once the tors are exposed to air. This process can be seen throughout the reserve, with thin layers of rock peeling off the boulders like layers from an onion. The granite rock consists of silica (sand), mica and feldspar. The mica and feldspar weather readily to leave behind only grains of silica, This is why the soils in the reserve are so sandy and subject to erosion.

THE PLANTS OF EVANS CROWN

The Eastern slopes of the reserve are more moist, and apple box and ribbon gum dominate, with an understorey of green wattle, bracken and blackthorn. The drier western and northern slopes are dominated by woodland with associations of apple box, mountain gum, yellow box, black sally and blackwood. Snowgums are found about 900m. Shrubs such as blackthorn, geebung, native cherry and five corners are scattered throughout the grassy understorey. 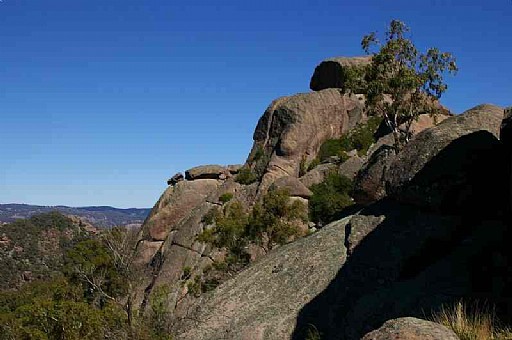 The variation in species results from the change in aspect, slope and elevations (790m at the Fish River and 1100m at the crown).

The lichen which cover the granite tors at Evans Crown contribute to their weathering. Lichen are really two different organisms – algae and fungi – that work together, relying on each other for life.

The algae contain the chlorophyll, which allows the lichen to convert the sun’s energy into food. The fungi enclose and protect the algae in addition to drawing nutrients and water from the rock to which it is attached.

There are many species of lichen at Evans Crown. Their colours and textures soften the exposed rocks thereby blending them into the landscape. The different species create interesting patterns and mosaics of colour, particularly after rain.

The crown conserves a range of native fauna. Eastern grey kangaroos are common and red-necked wallabies, wombats, echidnas and platypus, are known to occur. At night bush rats, sugar gliders and brush-tail and ring-tail possums might be seen.

PERMITS are available from National Parks and and Wildlife Service. required for:

Camping is not permitted in the reserve. Camping is available at Lake Lyall on the road between the reserve and Lithgow. There is also a private camping area just west of the reserve where the Tarana/Oberon Road crosses the fish river. For further information on this campground ring The Tarana Hotel. Flat Rock Reserve camping area, Mutton Falls Road between Tarana and O'Connell.

Cabin accommodation is available at The Tarana Hotel.

No fires are permitted in the reserve. The burning of firewood removes habitat for insects, reptiles and small mammals. It also increases the risk of fire escaping into the reserve. Please use fuel stoves only.

Please leave pets and firearms at home. They are not permitted in the reserve. Take all rubbish with you as bins are not provided. 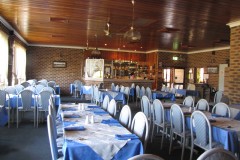 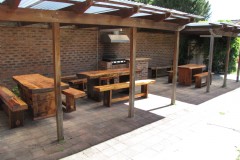