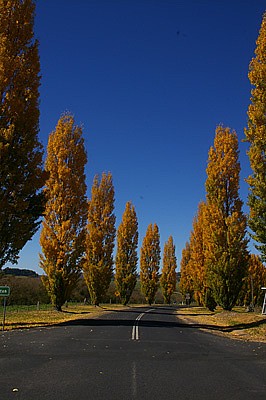 If you are in the mood for an exciting day trip, Oberon is the perfect base to explore many fascinating locations in the region only a short drive away.

When you hear the word ‘Bathurst’, you think of the roar of V8 engines! Bathurst is the home of the world famous Mount Panorama Race Track, and each year the Bathurst 1000 V8 car race attracts thousands of visitors and is broadcast across the country and even internationally.

But this great city, a mere half hour from Oberon and the home of 35,000 people, has so much more to offer.

Bathurst is a place where both tourists and locals alike can enjoy all the luxuries in life, such as movie cinemas, excellent coffee and fabulous five star meals, while at the same time escaping the chaos of the metropolitan centres.

Bathurst is also a haven for lovers of the outdoors, with many activities in and around Bathurst to enjoy.

Bathurst also has a huge number of facilities, such as a number of gyms, a wonderful aquatic centre, and sporting facilities.

Culture makes up a huge part of Bathurst’s character with music, theatre and art being important parts of the community, as is the five screen cinema complex, library and art galleries.

The best part of Bathurst is the huge range of shopping, as well as a number of supermarkets and shopping centres, pubs and clubs.

And when your belly starts to rumble, you will be spoiled for choice with many wonderful restaurants and cafes to tempt your taste buds. 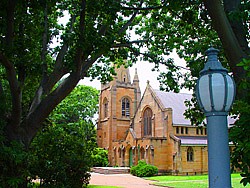 The short 40 minute drive to Lithgow is worth it simply for the views of serene landscape and native wildlife, but Lithgow has plenty more to satisfy visitors.

Located to the north-east of Oberon, Lithgow is the gateway to the Blue Mountains and Sydney, and has many attractions.

Shops, cafes, and restaurants are plentiful in Lithgow, and for those who love a game of golf, Lithgow has a lovely golf course with grand views.

Outdoor activities do not stop there, with nearby dams being ideal spots for water skiing, as well as countless spots to take a stroll and take in the rugged views.

Deep in the Blue Mountains National Park are the ancient limestone creations of Wombeyan Caves.

The Wombeyan Caves, south of Oberon, is a place to relax and to explore the underground world, as well as come into contact with many endangered native species, including several species of wallaby, bird, possum and wombat.

The magnificent Victoria Arch is a real feature at the caves, as well as other caves such as the Fig Tree, Mulwaree, Wollondilly and Kooringa caves.

There is a variety of guided tours available at the caves, and self-guided, as well as adventure tours.

As well as these main caves are the various other smaller caves to be found in the extensive forests in the area, as well as the creek and waterfall.

There are also several camping grounds, a kiosk, a public phone, a kitchen and other public facilities. 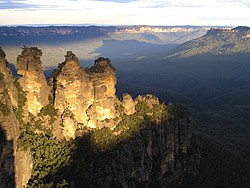 At every turn, the Blue Mountains can thrill and surprise visitors with its collection of unique little towns and suburbs which line the road to Sydney.

Whether you are taking in a movie, venturing off on a bushwalk, enjoying a scenic tour, visiting a gallery or specialty shop or indulging in a delicious meal, there is something for everyone in the Blue Mountains.

Each town along the way sits in magnificent bushland along the shoulders of this amazing set of mountains, and each have unique cafes and restaurants, shopping, pubs and clubs, galleries, and specialty shops along pretty tree-lined streets.

These towns, from Katoomba to Leura to Glenbrook, are accompanied by world class tourist attractions, such as the wonderful Three Sisters.

National Parks and of course native wildlife are a huge part of the Blue Mountains experience.

These superb little locations through the Blue Mountains are a treat on their own, or can simply be treasures to discover on the drive to exciting Sydney. 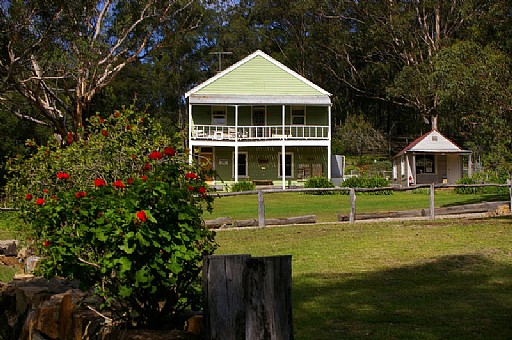 Have you ever been to a ghost town? The historic silver mining town of Yerranderie is definitely worth the visit.

Today it is very different from the thriving, bustling mining town of 2000 people it was after the first silver mine was opened in 1898. After silver production began to decline in 1930, and the Burragorang Valley was flooded in 1958 and the final residents left, the town became a ghost town.

In 1947 A.R. Lhuede and L.J. Hooker purchased the private town, and it was only in 1971 when Val Lhuede began her quest to restore the abandoned town that Yerranderie came back to life. In 2011 Val handed Yerranderie over to the National Parks and Wildlife.

Come and see this restored historic village, and enjoy bushwalking, historical sightseeing, 4WD touring and of course meeting some native wildlife. There are guided and self-guided tours at Yerranderie.

There is also accommodation at the Miner’s Cottage, the Old Post office and the camping ground. 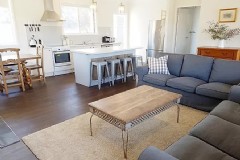 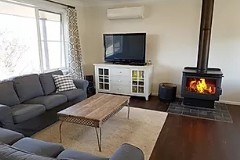