It is a common sight in Oberon, even on a frosty winter morning, to see a swarm of enthusiastic fettlers happily working on the railway line or admiring their shiny locos.

These happy enthusiasts are members of the Oberon Tarana Heritage Railway (OTHR) group, a group that has already dedicated fifteen years to restoring the Oberon Branch Line, a pioneer line that stretches 24 kilometres and was originally opened in 1923. The aim of the group is that one day the restored line, which runs from Oberon to Tarana, will be a major tourist attraction and visitors can travel the scenic line from the Tarana Valley to the Oberon Plateau.

The first meeting of what was to become the OTHR was held on the 7th of Feb 2005. Meetings have been held monthly since that day and great support has been received from the local and the wider community. Membership now stands at well over 250 enthusiasts, who are provided with a newsletter once a month. The OTHR website was established in 2005 and is under continuous development. The OTHR believes the Oberon line has tremendous tourist potential, being situated close to Jenolan Caves and not far from Lithgow and the Zig Zag tourist railway. 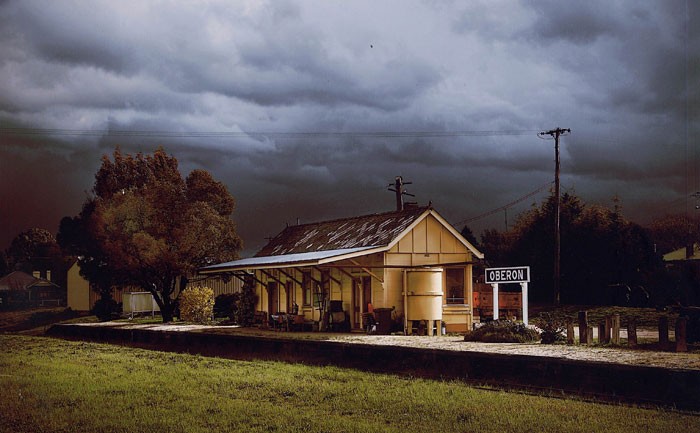 The Oberon Branch Line operated under steam from 1923 until 1962, mostly with 19 class locos. Diesels then took over, with the last freight service running in 1979, when operations were suspended. However, the line was never “officially” closed and much of the infrastructure remains in place, although most sleepers are in need of replacement. The line is very scenic, rising over 330 metres from the Tarana Valley to the Oberon Plateau. For part of this journey the line runs through an impressive gorge where there are grades of 1:25 and the curves are of 5 chain radius. There are two intermediate stations on the line between Tarana and Oberon.

The current aim of the OTHR is to complete the first stage of the restoration to Hazelgrove, six kilometres from Oberon. This was given a major boost when OTHR was successful in obtaining an Australian Tourism Development Program grant in late 2005. With a matching grant from the Oberon Council, over two years this funding enabled work on the line to proceed without delay.  Although much preliminary work had been done earlier, OTHR held its first serious working bee in February of 2007 and has been holding working bees or fettlers camps lasting one week virtually each month since then. Although the Stage one section is short and access is easy, it is the most complex section to restore as it contains many public and some private level crossings, at least two of which are on busy public roads, where the track has been torn up since the line ceased operating. At the present time, the six kilometres of line to Hazelgrove has been completely re-sleepered with good quality used wooden sleepers and all crossings bar two have been replaced.  Plans are well under way to have these last two crossing replaced in a fashion which will ensure the safety of road and rail operations.

Stage two will be approx nine kilometres down through the gorge to Carlwood station, crossing the unique timber trestle Snakes Gully Bridge. The final stage of 9.5 kilometres lies through the Tarana Valley and crosses the Fish River on a major steel span, still in good condition, to connect with the main western line at Tarana station. This connection to the main line remains intact.

OTHR has been concentrating on restoring the line and has not acquired a large collection of rolling stock. However, a small collection of historic wagons are gradually being acquired. One of these vintage wagons is now being restored with the help of Conservation Volunteers Australia. While the regular monthly fettlers' camps were continuing, a small team of OTHR enthusiasts completed the restoration of a Wickham Section Car, which is now in use within the station yard, assisting with the track work.

A major acquisition in April 2010 were the two 1897 American-style suburban carriages, last used on the Illawarra Line. These are on loan from the Rail Transport Museum at Thirlmere, and they will form a significant part of our tourist carrying capacity. These carriages are in extremely good condition, requiring only relatively minor work to see them fit for carrying passengers. 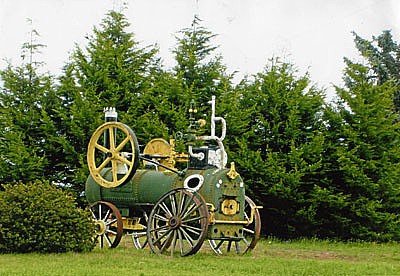 A major success for OTHR was the purchase of two 73 class diesel locos from Patrick Corporation in July 2010. These now provide the OTHR with motive power both for tourist trains and work trains down the line. These locos were towed to Tarana Station by loco 4501 from Goodwin Alco. From here the two locos were transferred to low-loaders for the road journey to Oberon. A large number of individuals and organisations were of huge assistance to OTHR in this operation.

A significant leap forward for the Oberon Tarana Heritage Railway project occurred on Friday the 11th February 2011 as the two 73 class diesel hydraulic locos were transferred to the tracks at the station after spending time in storage at Oberon. Both locos are now in running order, with minor repairs and adjustments ongoing. This is the first time a diesel loco has been on the tracks at Oberon since the freight services were suspended in 1979. It seemed that half the town turned out to watch the delicate operation of transferring the two locos from the low loaders onto the rails. These two locos were on display at the Highland Steam & Vintage Fair the following weekend and were decked out in the new OTHR banner, with a set of steps being provided to allow members of the public to easily access the cab for inspections. The loco air horns competed with the steam whistles of the traction engines at the Fair as they rumbled down the main street of Oberon. The heritage listed Oberon station was also open during the Fair weekend, with a display of historic photos in the waiting room. A good crowd of interested visitors were to be seen in and around the station precinct over the two days of the Fair.

Future plans for OTHR include the further development of the heritage listed Oberon Station where we currently hold the lease. This precinct will be open to the public in February each year as part of the Highland Steam and Vintage Fair. At these times the OTHR will have the locos and carriages on show and a comprehensive photographic display of the history of the line and the restoration work carried out to date. Also, a semi-permanent photographic display of the heritage rail project is open on the first Saturday of each month, 10am to 2pm. A collection of railway items, maps and merchandise are also on display.

The Hazelgrove station precinct will be restored with picnic facilities for tourists and rail travellers. Also, plans are now in hand for a large rolling stock/loco shed to be erected at Oberon station where the materials are on site, which will allow these historic carriages and other rolling stock to be protected from the weather when not in use and when restoration work is being carried out. The funding for this shed is now in place and it will be sited to the north of Oberon station and west of the line.