Take a walk in our area and take a trip down memory lane.

There are many historic walks in the area where you can delve into Oberon’s rich past.

Take a stroll down the walking and cycling path alongside the restored Oberon Tarana Heritage Railway line and learn more about the old railway line,a pioneer line that stretches 24 kilometres between Oberon and Tarana and was originally opened in 1923. The railway line is currently being restored by the Oberon Tarana Heritage Railway group. While walking along this line, you will pass the current Oberon Timber Complex. The timber industry has a very important history in Oberon. From around 1930, radiata pine forests began to spring up in the district and became a very productive industry in Oberon, employing around 500 people today.

The historic silver mining town of Yerranderie is definitely worth a wander.

The ghost town, sitting in the Blue Mountains National Park, was once a bustling mining town of 2000 people after the first mine was opened in 1898. After the town was abandoned after 1958, Val Lhuede began her quest in 1971 to bring it back to life.

You can walk around this restored town and see many historic locations, including the old silver mines, as well as friendly native wildlife.

Kanangra Boyd National Park has very historical walks which can be experienced. Walk the same path which renowned walker and conservationist Myles Dunphy and Bert Gallop first walked from Jenolan Caves down Kanangra Walls in an attempt to reach Burragorang in 1912. In 1914 Gallop and Dunphy formed the Mountains Trails Club, and encouraged bushwalking in the park. In the 1920s Myles Dunphy developed the concept for the proposal of the Greater Blue Mountains National Park, and in 1931 Myles and his wife Margaret walked from Oberon to Kanangra Walls pushing their infant son in a pram.

The area is also rich in Aboriginal heritage. Climb to the top of the Evans Crown Nature Reserve near the village of Tarana, which was a very special place to the Wiradjuri people, who used it as a place for initiations and corroborees. Jenolan Caves was known by the Aboriginal people for many thousands of years as ‘Binoomea’ which means ‘dark places’. The caves and the surrounding area are part of the living culture of the Wiradjuri, Pejar and Gundungurra people. 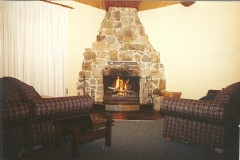 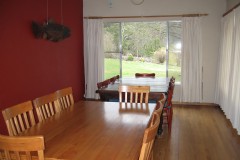